I knew it had been a bit since my last post, but I didn’t realize my last one was six months ago. It’s rather exhausting just to think about what all has happened in those six months. I don’t really have any deep thoughts or words of wisdom to offer. Most of 2020 was survival mode for many of us, myself included. I’m not here to get into the weeds on that and spill my guts of what I think about this topic or that topic that made 2020 what is was.

Some friends asked if I would write a novel about a pandemic to which I responded: NO!

I had no desire to write a story about such a thing. The sting of 2020 is still fresh for me. Writing about a pandemic is not something I want to do/re-live. Hard pass on that one. 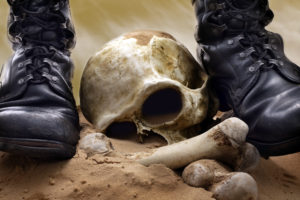 BUT … The third book in the Echoes Trilogy, well that’s a different matter. I can tell you this was the most difficult book I’ve written to date. I was way out of my comfort zone and had to do a lot of research to write what I thought would be good naval battle scenes and such. Last year threw some added delays in the writing process overall. But apparently last year was good for some writers because editors are booked up right now. Awesome for them!

I don’t know when Echoes #3 will release yet. October was a goal, but I knew it would be a stretch to hit that mark. The novel just finished up with the copyeditor and is in the work queue for my proofing editor. So the book might release Nov or Dec. Not sure yet. Cover art is in the very early stages of development. This task has its own snag … I don’t have a title yet. Oops. That’s kind of a big thing for a novel and cover art. 🙂

So until that all gets sorted out, I’ll continue to be run ragged by a puppy and happily shoveling snow in the frozen north. I’ll also try to get back to my monthly-ish posts instead of once every six months. As you’ve probably noticed from prior posts, time tends to zip right by on me, so no promises!