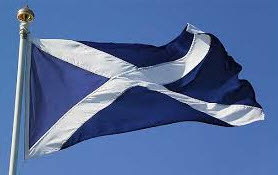 In my last post, I started referring to the first book, The Monster Within as TMW, and the second book, One in the Chamber as OTC. After working as a nurse, OTC of course has the meaning of “over the counter” with respect to meds. But TMW and OTC are a heck of a lot quicker to type, so that’s what I’ll be using to reference them in future posts.

Last week TMW became available in print on Amazon. Yay! That took a bit longer than expected, but it finally made it on the site.

OTC is off to my last beta reader. In the mean time I will (after vacation next week) get cracking with the cover artist, Steven J. Catizone, to rock and roll on the cover for OTC. So once the last edits are in, I’ll get the sequel ready to go up on Amazon. Shooting for October/November instead of waiting till 2014. So those itching to read OTC, hang in there, it’s coming.

I have mentioned the possibility of a trilogy, and that will be happening. This will take some time to do since I haven’t started typing on it at all. I’ll keep you posted as things develop.

Since I’m away on vacation, and starting on book 3 while I cruise Scotland by train, I won’t have a blog update for you next week. I’m sure you’ll survive.

How Do You Come Up With This Stuff?