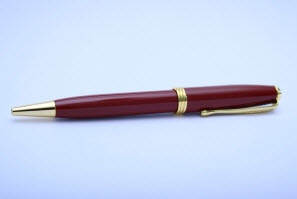 November kicks off National Novel Writing Month, aka NaNoWriMo. A lot of folks across the globe participate in this event, and a lot of stuff gets written. There is loads of buzz that starts late Sept through Oct to gear up for November writing. I think NaNoWriMo gets bigger each time it rolls around since I hear more about it every year, and that’s a good thing.

My only concern is the quality of what comes out of it. If you’re going to whip out a novel in 30 days, I sure hope you have done sufficient planning or at least have a solid idea of what you’ll be writing. There is a crap ton of work that goes into a novel unless you’re a write by the seat of your pants writer (panster). Some (very few) pantsers are good at what they do, others suck. I’m in the latter category, so I am a 98% planner with a very light dash of pantsing in the mix.

Personally, I don’t have anything to do with NaNoWriMo other than be fascinated by the event as a whole. It’s great for getting people together for motivation, writing, and such, but my process works a bit (OK, A LOT) differently. The idea of cranking out a novel in 30 days hurts my wee brain in ways you can’t imagine.

I need more time for planning. Setting a goal of X words per day is asking me to fail. Trust me, I’ve tried the daily writing thing, and I have worked with writing coaches who say it is a must. For me, it doesn’t work.

Writing isn’t my only gig. I can easily pull a 60+ hr week with work plus travel. The number goes even higher if I’m working overtime. To try to do anything after work other than walk through a hotel door with my knuckles dragging the ground, incoherent words tumbling from my mouth, and leaving a trail of drool that resembles something left by a massive slug, well, just ask for the freakin’ moon why don’t ya? Writing after a day like that? Hell no. Not happening.

I have my routine, and it works great for me. If it didn’t work, I would not have released five full-length novels in three years. I mean really think about this: two books in 2013, one in 2014, and two in 2016. The first book has been overhauled and comes out as a second edition next month, so now we’re talking six books in four years. It boggles even my own mind with everything it’s been up to in the last few years.

So, if you want to jump into the mix with other writers and get after it as a group, look into NaNoWriMo. I think it’s a great idea but not one that’s a good personal fit for me. And with my prior mention of my own routine, it’s time for me to stop fooling around today and get after it on my newest Story. I’m around the 65% completion mark of the first draft after 5 months of writing on it (planned for probably 4 months before I ever typed the first word). 😀

Right Tools for the Right Job