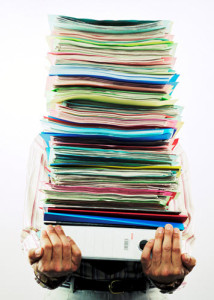 While I’d like to pretend I’m completely buried in writing related things, it just isn’t true. Well, kinda not true. I am in an online class hosted by Shawn Coyne called Level Up Your Craft. And I have been doing a mix of editing on Forgotten Echoes and writing on the sequel of it, yet to be named (Right now I just call it FE II. Not terribly creative, but considering I was calling When Heroes Fall “BM5” until I got a name for it, FE II works).

I have been sniffing around various publishers to see if I really want to go that route for Forgotten Echoes. I submitted it to my top pick last week, so now it’s sitting tight and waiting. I could do multiple submissions, but I have enough going on without having to figure out who I submitted to and when and such.

The Softball CWS wrapped up and two weeks later the FIFA World Cup started. Luv soccer! As I type this, I’m semi-watching-semi-listening to the Australia v France game. It’s good stuff, and there are still many, many more games to watch over the next few weeks. The drawback (or maybe it’s a good thing) is that they’re all during the day, so I can’t watch games during the work week.

In house news, pending no surprises (It’s my house; I always expect surprises), I should sign papers and be rid of it so I can be officially nomadic by the end of this month.  So it really comes down to me just taking things one day at a time, sometimes hour by hour. Sometimes I have no idea what plan A will be, but I have an idea for plans B through F. I’ll just figure it out as I go. The camping gear is in the truck, so I can land any where at any time.

Travel Glamour - Not So Much

Winding Up and Down