4 September 2017 by Cheryl C No Comments 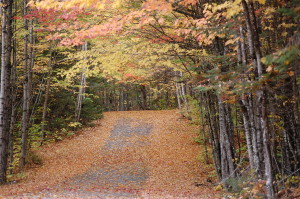 Last week I finished my round of edits on the first book and sent it back to the editor. It didn’t take me as long as I though it would, which worked out well since I had such limited time with other things in the mix.

I ultimately had to admit defeat on the house project when it came to the drywall. I got the new walls installed, but the mudding/sanding part kicked my butt. So what do I do when I’ve been clobbered by a house project? Leave!

I bailed after work on Friday to spend some time with friends vacationing in Belfast before coming back home. I had so much dust in the house from the interior work, a deep cleaning was in order. Yes, I’ll have to do it all over again once the interior work resumes, but that’s OK. The dust bunnies were getting large enough to carry off small children. They had to go.

I’ve hired a guy to finish the drywall for me, and that is supposed to happen this week. I’m a couple of weeks behind schedule on that room overhaul, but I don’t really care at this point. Once the walls are mudded and smoothed out, I can start slapping primer and paint. The new flooring arrived last week, so I’ll put that in after the painting is finished.

And I’ll flip back over to The Monster Within work once I get the final revisions back from the editor, which I imagine will happen over the next week or so since I can’t seem to function without juggling multiple balls in the air at once. I’d compare myself to a clown in this respect, but let’s face it, clowns are creepy as hell.

The temperatures here have taken a significant turn toward fall, and I’m back to living in my hoodie. My apple trees are full with ripe fruit, and a few leaves are showing hints of turning. Good times! I am seriously loving this long weekend, and I hope you are too. Enjoy!

Photo taken by me, 2016, off the Golden Rd in northern Maine