Burnt Mountain: The Monster Within (Volume 1) 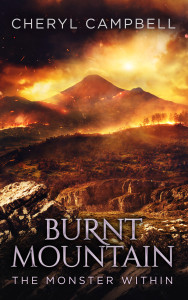 Thirteen-year-old Rio Kaiser’s good intentions turn into life-threatening consequences when they land her and her friends in a savage, new world hidden beneath a mountain in rural Maine. When forced to confront her fears, Rio discovers she has a special gift which might save more lives than only her own. While caught in the middle of a war between two clans of a carnivorous creatures battling for supremacy, she must learn to harness her new ability, avoid capture by the creatures hunting her, and find a way home.
Amazon • Barnes and Noble • Goodreads

Burnt Mountain: One in the Chamber (Volume 2) 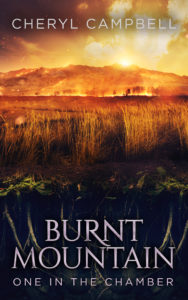 Rio Kaiser’s day off from school turns to disaster when Ilnin and his hunters escape the world hidden beneath Burnt Mountain. She avoids capture, but her mother and father aren’t as lucky. Rio plans to use her unusual ability to control the elements during her return to the underground world of living nightmares to find and rescue her parents, but everything goes wrong when she ends up in the prison cell next to them.

Injuries and illness strike, and Rio’s friends and family begin turning on each other. She is unable to help them while her worsening hallucinations threaten everyone’s chance of escape, including her own.
Amazon • Barnes and Noble • Goodreads

Burnt Mountain: Do and Die (Volume 3) 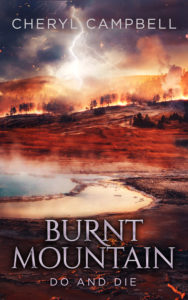 When Rio Kaiser’s family vacation in Yellowstone National Park turns catastrophic, they must return to the hidden world where fears come to life—fears that can kill. In a panic to save the people with her, Rio fails to harness her unusual ability to control the elements which thrusts her and her family into even more danger when they become separated.

Paired with her cousin, Tom, his attempts to help only frustrate Rio more which causes her power to work against her. If Rio cannot recover her special ability, she and her family will perish in the mysterious world of stone men and creatures that are never as harmless as they appear.
Amazon • Barnes and Noble • Goodreads 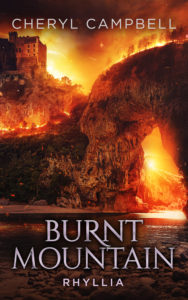 Despite the risks of visiting the hidden world, sixteen-year-old Rio Kaiser decides to help the people of Hyden, Rhyllia’s last city, resist the Emperor and his army. Her rebellion against Hyden’s military council puts Rio and her family in the center of a bitter dispute among the Hydeners and between the city and the Emperor. Making new bonds with Rhyllia’s humans and creatures help her efforts, but the coming battles may still be too difficult for Rio to survive as her special abilities create additional problems for her to overcome.
Amazon • Barnes and Noble • Goodreads 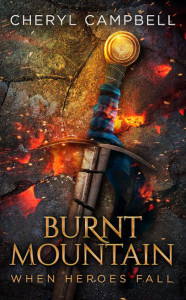 When the people of Hyden begin to divide loyalties and many choose to follow Rio Kaiser’s example to join the Rogue Army, the city’s leadership turns to deadly force to remove her influence on the city. The Emperor’s army of Iamurri continue their relentless march toward Hyden, destroying anyone that doesn’t join their ranks, leaving destruction and bodies in their wake. The continued mounting peril strains relationships and wreaks havoc between friends and family. Rio must find a way to restore broken bonds and end the war before she and her entire family are slaughtered by the Emperor that is determined to bathe what’s left of Rhyllia in blood and ashes.
Amazon • Barnes and Noble • Goodreads