As promised, I wanted to highlight various resources I found helpful through this process. Personally, I didn’t find out about these two books until much later in the process, but it’s never too late. For anyone thinking of writing, who has already started writing, has a finished piece but isn’t sure what to do next, or anything in between, check out this book by Larry Brooks, Story Engineering, Mastering the Six Core Competencies of Successful Writing. Go to Amazon and search by the author’s name. You’ll find it without any trouble.

My writing had started out very scattered at first, just writing with no real clear direction. And I couldn’t tell you how many re-writes I did until I firmed up the plan for the story a bit more. Ultimately I ended up following the six core competencies, but I didn’t really know that’s what I was doing. The process would’ve been much less painful if my plan would’ve been in place earlier in the process. But, I’m not complaining. I have learned a tremendous amount about writing and about myself through this process. And part of what I’ve learned is that I will certainly be changing tactics on future writing projects.

Mr. Brooks has another book along similar lines, Story Physics, Harnessing the Underlying Forces of Storytelling. I have not yet read this one as of today, but I have it queued on my Kindle and ready to go once I finish Story Engineering.

Both of these books came highly recommended, well it was probably more like marching orders, from Joel D Canfield along the lines of: Cheryl, get these books and read them. They will help you!

I know to trust Joel’s advice, so I immediately looked up the books and got them.

More to come on publishing resources/info. In the interim, check out this video on The Hero’s Journey. Great information, and fun to watch, on story set up. Enjoy!

ISBNs (International Standard Book Numbers) are unique identifiers, those little numbers on the back of a print book with the barcode, that help traditional book stores search for and order your books. You need an ISBN for each format of a book you plan to publish….soft cover, hard cover, and ebook. And for ebook, you need one for each electronic format. Kindle, iBooks, Nook, etc, these all have different file formats they use, thus you need an ISBN for each. So you are potentially looking at a lot of ISBNs per book you publish.

BUT!!!… there is an up side to this. When you submit a book for ebook format, you are not required to purchase  an ISBN. The ebook publisher such as Smashwords or Amazon can take care of this for free. When you are looking at getting a book in print, you will need an ISBN for soft cover and a separate ISBN for hard cover. You can get ISBNs through your publisher, or you can opt to purchase them yourself for your print books. Purchasing them yourself means you hold the ISBN as “the publisher.”

Purchasing ISBNs to hold as your own isn’t cheap, but there are some good bulk ordering packages. So if you are writing a trilogy to have in both soft and hard copy, you’ll have six ISBNs right there. Bowker is a resource for purchasing individual or bulk ISBNs. You can get one ISBN for $125, or buy a set of 10 ISBNs for $250. And the packages go up from there. However, by ordering in bulk, you get more ISBNs for a lower $:ISBN ratio.

Bowker also offers the purchase of bar codes for your book while you purchase the ISBNs, but these come at $25 each. So if you got 10 ISBNs, you’re looking at another $250 for bar codes if you opt to purchase them through Bowker.

However, there is a free resource (you can opt to donate to the cause as a means of thanks for a free service that just saved you some major bank) for creating bar codes available at:

Indie publishing doesn’t have to break the bank. There are options available to keep costs down. And if you opt to only publish your book electronically, you don’t even have to deal with any cost whatsoever for ISBNs or barcodes. Let your ebook publisher take care of that for you.

I couldn’t understand why I struggled so badly to write a synopsis for book one. It’s still a work in progress, but honestly those first several tries were nothing short of painful. Everything I came up with sounded horrid. If it didn’t sound riddled with cliches, it sounded plain boring. In a word, it sucked. I don’t know how many times I re-wrote the thing and kept ending up with vanilla.

An author I connected to on LinkedIn, Joel D Canfield (Google him, he is an absolute wealth of information!), when I asked him about synopsis writing suggestions, he sent me this link:

Instead of trying to re-state everything and likely botching it, read the link for yourself and let the original author, Larry Brooks (you can Google this guy too…good stuff!), enlighten you.

I will admit I had to read this at least twice before it began to sink in (I never said I was a genius!). By the fourth or fifth read, I thought I had a pretty good understanding of what I needed to do. Within a few minutes I had banged out the best synopsis I had yet been able to write. It still wasn’t perfect and needs some additional tweaks, but it was a vastly better start than what I had done previously.

So the goal of publishing is still getting closer every day. Just have a few more pieces of the puzzle to pull together then it will be time to pull the trigger and get this thing out there for readers.

Starting last year I began seriously looking into publishing book one. I did a tremendous amount of research and decided a couple of things…

– I wanted to find an agent

– I wanted to traditionally publish the book

I had wanted to go this route so I could have the agent, who gets paid off royalties, handle all the “stuff” such as finding a publisher, marketing, etc. I had read on numerous occasions where independent publishing meant more $ in your pocket off sales but it also meant a full time job doing your own marketing. I very quickly learned after numerous rejection letters (I’m told this is a normal part of the process), that finding an agent isn’t so simple. Even having an agent doesn’t guarantee you landing a publisher. And without an agent, you can pretty much forget traditional publishing altogether. Larger publishers will not accept unsolicited manuscripts or writers without agents.

After multiple strike outs on the agent front, I had decided I would still try the agent route again after I made major re-writes in the book to restructure the format. Once wrapping up the re-writes, I had heard more and more good things about indie publishing (you’ll also hear this called self-publishing and the argument between self-publishing vs indie-publishing….well there are oodles of websites and other blogs to hash out that topic…for the sake of simplicity, I’ll call it indie publishing) that didn’t just involve profits.

Most notably, indie publishing wasn’t the big bad bear I had thought it would be. YES, it is a major time sink for doing the leg work and marketing myself. But this is a good time sink that I find I enjoy. But finding a publisher doesn’t mean you have found a marketer too…unless you’re willing to pay for it. So you’re not really gaining anything unless you just want to spend bank to have someone else do the work. I had also understood that indie publishing would still cost a fortune, but this was not an accurate assessment either.

Thus far I have paid to set up the website and have paid the book cover artist. Both are well worth the expense and using elance.com I paid far less for the cover art than I would have using a publisher I found who offered to do it for me at a steep price. Plus by going the ebook route first, I can submit my book to Smashwords and Amazon independently and for FREE. The same publisher that offered to have me pay steeply for the cover art was going to charge a fee for this service too. Amazon distributes to Kindle, of course. Smashwords covers all other ebook formats (Sony, Nook, Kobo, iBooks, etc…and they will submit to Amazon after $2000 in sales…but I can submit directly to Amazon without the minimum sales requirement, so that’s what I’m going to do).

So if you are thinking of writing and possibly publishing, time spent researching options is never wasted! I will be posting more later on resources I have found helpful during this process that might help others opting to join the rest of us traveling the indie publishing road.

Last week I stumbled upon elance.com when looking over info on indie publishing books. This site was mentioned as a place to find freelance folks that could do cover art for print books and ebooks. I poked around a bit and noticed all the animators on the site. This piqued my interest because of my own interest in animation. I signed up on the site to post a job for someone to do book cover art for me. I posted what I would pay for it and submitted the job. I had nothing to lose except time spent posting the job and waiting to see what happened. Within minutes I had offers, some bids coming in under the hourly rate I had posted. You could view the bidding artist’s portfolio and read the artist’s feedback, star rating, number of jobs hired for, and amount of money made through elance. I was highly impressed.

I found Steven J. Catizone there and he is simply amazing. Firstly, his response time was very fast to my questions. And he had a beautiful portfolio and only had the highest praise from former customers. I grabbed some screenshots off Google for what I had in mind and further described the setting and such. The original picture on the Home page (now posted below) was his first “draft” of the book cover art. For a first draft it’s pretty darn impressive. We are still working to tweak a few things here and there on it. And he’s doing a character mock up for me too. When they’re all done, I’ll get the final pics posted on this site. 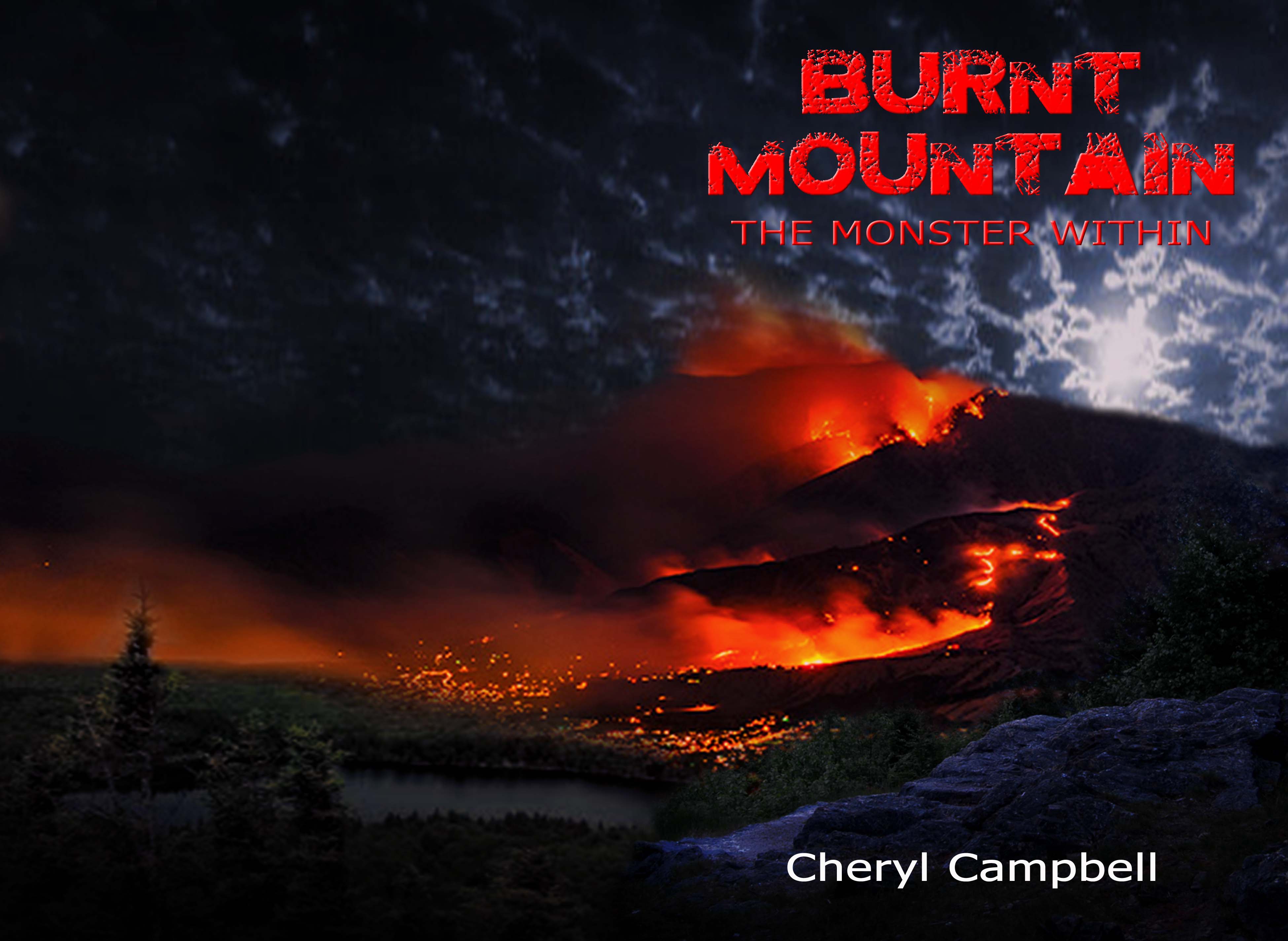