Ok, I’ve been a little behind on my weekly post. I wish I could claim the dog ate my post (which if you knew my dogs, you would know this is completely plausible!), but I can’t. I have been up to my eyeballs getting book 2, One in the Chamber, ready for release in the next couple of weeks, but now it’s catch up time.

I recommend all four books in The Hangman’s Daughter Series. They are set in 1660’s, Germany, and they are a murder mystery/thriller/historical fiction combo. I’d say they’re rated more PG-13 rather than PG only because of some of the historical things of that time dealing with war, plague, and the hangman’s trade of being paid for executing criminals.

The first book, I thought, centered more around the Hangman rather than his daughter, which was fine because Jakob is an intriguing chap. Books 2, 3, and 4 brought more focus onto Magdalena, his daughter, as the book title suggests.

In my “Names” post, I mentioned this series as an influence for deciding to give Magda her name in The Monster Within.

For this book review, I just finished the fourth in the Hangman’s Daughter series. The last book, The Poisoned Pilgrim, took me a while to get through, not because of poor story arc or slack writing, but because I was distracted by other things like getting OTC ready.

My only beef with book 4 was the way the story unfolded at the end. Instead of  the characters solving the mysteries on their own, at the end, the villain, who is completely cuckoo, spills his guts and tells everything. I found it a little anti-climactic and disappointing. Sure, they solved many of the questions around the murders, but to have most of the murder sub-plot revealed in a huge confession really reminded me of a Scooby Doo episode.

“And I would have gotten away with it too if it wasn’t for you pesky kids and your dog….”

Overall, they’re worth the read.  Keep your Scooby Snacks handy for the end of The Poisoned Pilgrim. Scooby will want his reward! Ruh-roh! 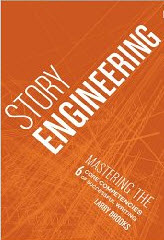 Story Engineering by Larry Brooks is a book I’ve been working on for some time now. So this “review” isn’t based on the completed read; however, I think I have been chipping away at it long enough to be able to give you some info on it.

If you’re interested in writing, this is a good book to have. It has lots of good info in it, but I do find that the author spends a lot of time repeating himself. Initially I was pouring over this book reading every single word, trying to soak it in, and progressing very slowly through it. As I continued reading, I realized I had just read that same piece not long before, but it was worded differently now.

To me this reads like a conglomerate of blog posts made into chapters. There is still great info in here, but I would recommend a little more skimming…it’s what I have started to do. But if there are parts that you find confusing, slow down and read more in-depth. One of those slightly different ways of explaining the same thing will likely hit the mark and you’ll understand it.

I’m a bit over halfway, had made a few highlights on my Kindle, and then promptly lost all of my highlights when I moved the book to my tablet. Luv me some technology. I might go back and skim the first half again to recover the highlights. As I said, there is good information in this book. But on my second time around, I’ll likely jot down the key pieces I want and hang onto the vastly shorter version of key points as they apply to me.

If you’re following updates on the facebook page or through the books’ website, you’ll notice a few things changing.

On both FB and the Home page, you’ll see the cover art for TMW and OTC. OTC is a new addition and has been added as a cover photo to the FB site.

The OTC cover features a few cool “extras” on the cover that you will not get on the ebook thumbnail image. This was intentional. The back cover has an image of a Tuar. I’ll let you see if you can find the other extras…though you will need to read the book to figure out what they are and why they are there.

So that brings me to the next piece on OTC. The book is definitely releasing in November. At the absolute latest it will be available in both ebook and print on Black Friday, 29 Nov. Why? Because I’m entering this book into the New England Book Festival and the deadline date for entries is 25 Nov. I have already entered TMW, so I have to have (and will have) OTC ready for entry in a few weeks.

Next bit on OTC, at the end of this book, I include the first few chapters of the third book….Burnt Mountain Do And Die.  I have also added a page specific to this book for posting updates as I go. This one will publish in 2014, but I don’t have a definitive time frame yet, but if I had to guess, it will be a year or so from now.

How to NOT Write a Book 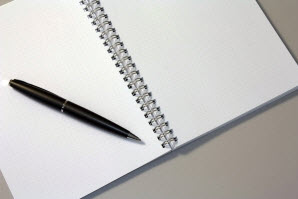 Someone the other day suggested I write a book on “How to Write a Book.” I laughed and declined, but said I was more experienced on how to NOT write a book. So for any out there interested in writing a book, here are steps you should absolutely avoid.

5 Steps to NOT get that book written:

1. Keep dreaming about writing a book, but don’t actually do anything about it. This will 100% guarantee you never get that book written.

2. Keep dreaming about writing a book, but only quasi commit to it when you feel like it. This will also guarantee that you’ll never get that book written.

3. If you do start to do something to get that book written, spend more time goofing off than actually writing. Congratulations! You have an unfinished manuscript.

4. Whine incessantly about how hard and how long it takes to write a book. This will sufficiently discourage you from picking up a pen or going to your keyboard.

5. If you do get your book written, make sure that you do not bother to do research on publishing, ebooks, or anything along those lines. Now you have a manuscript that will sit in a desk drawer or in a file on your computer and not get out there to anyone else to read. Well done! Now you can only hope mice will find your book…they’ll at least be happy while chewing the paper to itsy bitsy pieces.

So if you think you really do want to do some writing, commit to seeing it through, write more-goof off less, quit yer whining, and go the extra mile to get it published, then scrap steps 1-5 completely and get ready to rock and roll! 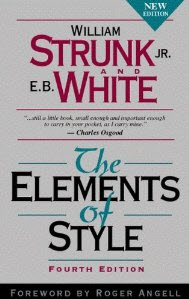 I wanted to start posting a little information on books I’ve been reading or have recently finished. I also wanted to give you an image of the book to know what to look for. This book is The Elements of Style, 4th Edition by Strunk and White. It’s been several years since the last time I read this, and I just finished reading it again. It’s not a huge book so it doesn’t take long to read, but for it’s size, it has volumes of information in it.

If you want to write and write well, this book covers the dos and don’ts. Personally I liked how it gave examples of a sentence and then an example of a better sentence. It also has a glossary at the end. Noun, verb, adjective, and the rest of the usual suspects. Other definitions for words I probably at one point learned in High School but promptly forgot. So it was a good refresher.

This is one of those books that I will keep close and certainly re-read at the end of each book I write to look for the mentioned common errors or poor writing examples and get them corrected before going to print. If you’re writing or thinking of writing, this is a book to have, not in your library, but on your desk next to your keyboard. Get it!