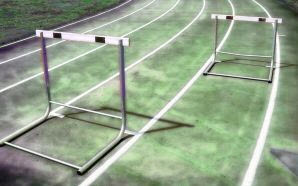 The first quarter or so of the 4th book, I whipped out in a couple of months, and then I got stuck. After a solid month of slugging through the slump, I got ONE chapter done. If you’ve read my books, you know my chapters aren’t marathon lengths. A few pages of 8 1/2″ x 11″ and that’s a chapter. It took me a full month to crank out 3-4 pages. Sure, I jumped around to other areas of the story and worked some on book 5, but that chapter was killing me.

I wanted to just skip it, but I needed it as part of the story to bridge two other key scenes. So why was it such a bear to write?

I finally got it done and was glad it was over….until I got stuck on the next chapter.

Practically everything I read online for writing blogs, writing coaching, etc, they all say the same thing: Write or edit, but never edit while you’re writing. Keep these activities separate.

I got frustrated with being stuck yet again, so I decided to just write a scene for book 4 without having any clear direction of where it was going or the purpose it would serve. This is called “pantsing” or “writing by the seat of your pants.”

I don’t like pantsing. It makes me feel weird, like I’m lost and wandering. I was more tired of being stuck than being afraid of pantsing, so I said “screw it” and launched into a scene of just writing whatever. It broke my stuck cycle with a sledge hammer, which is EXACTLY what I needed. I don’t know if I’ll keep that pantsed scene or not. Doesn’t matter right now. I’ll deal with it later when I’m editing.

Once out of the rut I reflected back on the problem. Why was this writing hurdle so hard for me to get past? Why and how have I never encountered this hurdle before? What had I frigged up so badly that made me so stuck in the first place?

Instead of dwelling on how I ended up tripping over not just a hurdle but a hurdle’s hurdle, I decided to learn from the problem. I know what to look for now if I ever wander down that path again, though I’m really hoping I never venture into those weeds again.

Writing isn’t easy, but editing something not written yet, well that’s a whole new trick I don’t recommend trying.

Book Review – On the Edge of the Dark Sea of Darkness 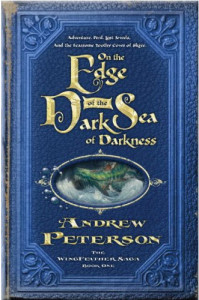 On the Edge of the Dark Sea of Darkness, besides being a mouthful of a title for a book, is children’s book and a fantasy. I’d give it a G to PG rating because of some bad guys that might be scary for a younger reader. It’s written at a juvenile level, which is a good thing as a children’s book, but some of the words are mash ups of regular words, so they might be hard for a young reader to figure out. With critters like toothy cows and flabbits, depending on the age of the reader, the little one might need some adult help.

This book is the first in a series, and it covers a series of events for a grandfather, mother, and the three children. The older boy (Janner) is 12ish, the younger boy (Tink) is 11, and the youngest of the three, the girl (Leeli), is maybe 8ish, I forget. Much of the story focuses on the older boy’s thoughts/actions but then the story shifts to pull in the point of view of all three children with a smattering of thoughts from the mother and grandfather.

For story development and mechanics, I found the book to be a bit thin on those points. But then I know I don’t read fiction like a normal person (whatever that is). As a writer I’m reading with a different kind of brain. If the story doesn’t suck me in and keep me sucked in, I will start to pick apart the mechanics. This story didn’t suck me in.

For children, I think this is a perfectly acceptable read and fun story for them. They won’t give a hoot about story mechanics. It’s an entertaining read for a youngster with lots of things going on with twists in the story line. For kids, I recommend this story. If you’re an adult looking for an easy read, this fits the bill. If you’re an adult looking for a story with some meat to it, keep looking.

Book Review – The Art of Possibility

I struggle with frustration. Unchecked frustration for me turns to anger. It’s how I operate and how I am wired. But what if I can modify that circuit? Are we really as hard wired as we think we are in our behavior and actions?

My life coach, Chris Dewey, recommended this book to me. The transforming this book discusses centers on looking at things in a different way. When something goes wrong, what if you looked at it with a completely different perspective? Thing A didn’t go wrong, but it instead offered a new possibility or alternative outcome. I’m not saying it’s only a feel good book of all things work out for the good in the end or any of that crap, but it’s more about changing how you think about things regardless of what you’ve been taught, learned, or picked up from some of our whacked out cultural rules.

This book had some good information in it. I ultimately grew annoyed with the plethora of analogies and stories from the authors’s real life experiences or parables, but some were good. Personally I’ve gotten way more insight and transformation from working with my coach, but this book would have been a good place for me to start if I didn’t already have the coach in the mix.

“What the heck is a life coach?” you ask. Check out the link above for Chris and see for yourself.

I like to do my own posts here, but as a follower of other blogs, sometimes I run across one that is just too great to not share with others that may not otherwise see it. Case in point, Seth Godin. This guy is a wealth of knowledge and encouragement. I’m in the process of reading two of his books at the same time, and I read his daily posts. The post that landed in my inbox this AM, is this one.

We Don’t Care Enough to Give you Constructive Feedback

Within this post is a link to another of his posts, The Generous Skeptic.

In the course of writing, I’ve gotten that constructive feedback from others and the givers of such feedback have no idea how much it meant to me for them to take the time to talk with me about my stories and ideas in depth and pointing out both strengths and weaknesses (Joel, Rebecca, Sarah, Juan, to name a few). Certainly I expressed my gratitude to the givers, but my gratitude went much, MUCH deeper than the verbal “Thank you!” So again, thank you to all who have crossed that social boundary to give me constructive feedback. Your time, support, and caring mean so much to me. 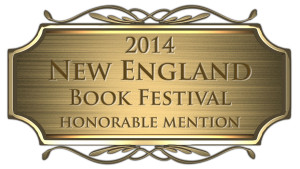 Above is the new book badge that I added to the website today for Do And Die. Thank you, Steven, for creating this for me.

Below is Suzette Standring, super nice woman, and book festival winner of the How To group: The Art of Opinion Writing. She lives in the Boston area, and I plan to look her up the next time I am down that way. You can read more about Suzette on her website: readsuzette.com 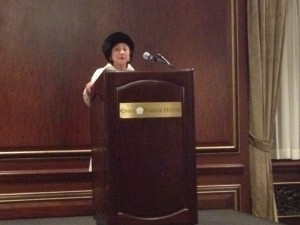