Maine is Home. Period. Sure, I was born in Louisiana and grew up in the deep south, but since moving to Bangor in 2001, Maine took over my mind and heart. On this particular day, I’m physically in Florida, but my mind is still in Maine. I miss the snow. I miss the beauty of the landscape. And I miss the people. I have another couple of weeks here, and I’m always checking my calendar to see when my travels will bring me back north.

There are so many reasons I love living in Maine, snow being a big one, but the most prominent reason is her people. Yes, every place has its share of morons and jackasses, but I can easily look past those people, because in Maine the wonderful people there far outnumber the idiots.

Before Christmas I had ordered a couple of L.L. Bean gift cards online to be shipped to my UPS box. Cards were ordered. Cards were shipped. Cards didn’t arrive in time to be gifted when I was visiting my friends in Maine.

Since I’m nomadic, I have a friend grabbing my mail for me and letting me know if anything interesting arrives. One from Bean turned up finally. When I met up with her in Augusta a couple of weeks ago to hang out and get my mail before I left for FL, she handed me the Bean package.

“The guy at UPS said they put it in the wrong box, and the people that got it opened it then realized it wasn’t theirs. They taped it back up and returned it to the store, and the guy put it in your box. We don’t know if what you ordered is still in there.”

I opened the envelope later and both gift cards were present. I silently thanked the kind Mainers that returned the cards and wished I’d known who they were so I could just give them the cards for their kindness and honesty. 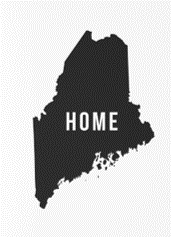 Fast-forward to a couple of weeks later. I’m hanging out at my brother’s house this week, and he had an Amazon package arrive that had been poorly taped. My sister-in-law and I opened it to remove the item he’d purchased. Inside there were two other Amazon packages with addresses for MO, not FL. My guess was the packing folks tossed the smaller items on the top of the box, and they slid inside due to the poor tape job.

My sister-in-law and I talked over the options I’d thought about overnight. I could call FedEx, or leave a note on them at the door to be picked up, or take them to a FedEx place somewhere in the area. I’d figure it out. She had a better idea and took the two wayward packages that clearly weren’t making their Prime two-day delivery time to work with her where she could call FedEx to come pick them up and get them back on their way.

I told her about my recent event with the Bean gift cards, and before I got to the end, she jumped in and said “The cards were gone.”

She stopped walking. “There really ARE good people left.”

“Oh. I found one of those at the end of my driveway last year, tracked down the owner, and brought it to him.”

“I have lost THREE phones and not one has been returned to me.”

“Well there are still kind people in this world.”

“They just all apparently live in the frozen tundra.”

I had to laugh. “That could be true.”

She was wrong of course. She was the one taking the packages to work to get them back in the mail to their correct owners. There are still kind people everywhere; it just seems like all the bullshit in our news feeds is determined to prove otherwise. I believe Maine is a special place that is also blessed with the kindest of souls. This is why most of the books I’ve written are set in Maine or reference Maine in some way and the focus is on the characters. Am I biased? Hell yes.