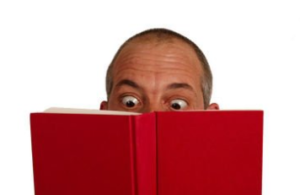 “In book news, next week I’ll finish up the Forgotten Echoes manuscript tweaks to ready it for going out to publishers. Since I haven’t published via that route before, I don’t have a bleeding clue what I’m doing which means it’s guaranteed to be interesting!”

Then in June, I wrote:

“I have been sniffing around various publishers to see if I really want to go that route for Forgotten Echoes. I submitted it to my top pick last week, so now it’s sitting tight and waiting. I could do multiple submissions, but I have enough going on without having to figure out who I submitted to and when and such.”

As time does, it has ripped right by and it’s now coming into late July. Holy crap. How did that happen?

On July 9th I was wrapping up the work day, had finished teaching an IT class to other analysts, had packed up the laptop, and was waiting on a friend to finish packing up for us to go out for dinner. I saw the email from the publisher on my phone and even did one of those “What is this?” things (I can be bright like that sometimes). I opened the email and started reading.

Thank you so much for your interest in publishing with SWP. I’m attaching your assessment for Forgotten Echoes here.

I’m excited to be writing to let you know that you have qualified as a Track 1 submission. As far as we’re concerned, your manuscript is ready to go. This only happens in about 7-8% of submissions, so congratulations and THANK YOU! …”

That is as far as I got. Breathing became a bit difficult while smiling and starting to cry. I tried to re-read the email (which was now looking blurry) and still only made it to the same place in the note. I handed the phone to my friend (who was now quite concerned by the wild range of emotions all over my face) while I found a chair. She read the email out loud to me, because, well, I needed to breathe.

She Writes Press is a business that is run by women and only signs female authors. They were my first pick for several reasons, and some are contained within this post called Why We Need Women-Only Spaces by Brooke Warner, the SWP publisher and person who contacted me directly. Whether you are male or female, I recommend reading it.

” … Women, by and large, feminists included, are not angry at men. We’re angry at internalized gender bias that holds us back and keeps us in second-tier situations. We’re angry at a culture that’s so disdaining of women’s empowerment that it undermines women’s efforts and advances. We’re angry at specific men who spew hateful comments about women’s appearances and menstrual cycles, as if these are the things that define us … ”

Everything I heard about SWP encouraged me, and I WANTED to be part of their community. I cannot tell you how honored I was and still am to have gotten that email. I have since been in touch with Brooke, and we’re discussing the publishing contract. I have lots of questions for her mostly because I’m quite numb when it comes to the terminology. This IS my first rodeo after all, right?

SWP has a sister company called SparkPress. SWP handles memoir and literary fiction primarily. SP handles more genre fiction. Scifi falls squarely in the SP realm. SparkPress has the same staff and business model, except SP does publish male authors too. SP’s business core is the same as SWP because it’s the same people, and that core is what drew me to SWP, so I’m perfectly fine going to SP for genre fiction publishing.

So, there will be more to come on this as the details get worked out. Check out SWP and you can link to SP from there too from tabs at the top. Good stuff.